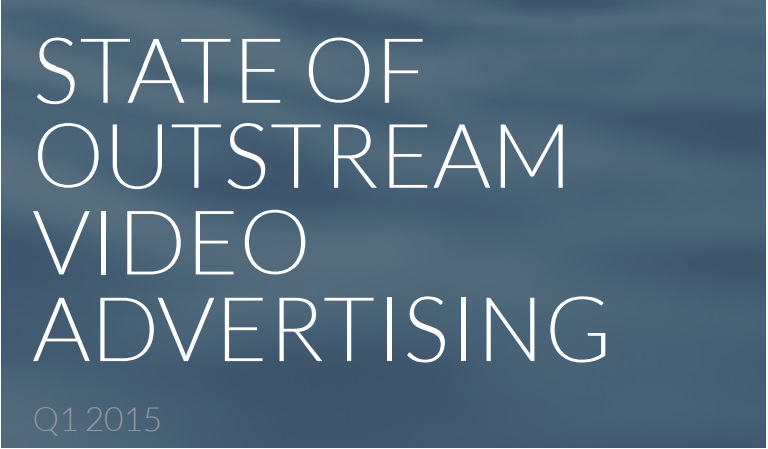 The state of outstream video advertising

As the inventors of outstream video advertising, at Teads we’ve taken a close look at our campaigns to investigate the state of outstream in the video market. By choosing to advertise this way, brands are considerably increasing their ability to reach their target audience. Currently, video viewing only accounts for one third of time spent online. There has to be an alternative way to reach consumers, and the answer is outstream.

The research supplements the recent report by Forrester Consulting, which indicated the huge appetite that advertisers, brands and publishers have for video, especially outstream. Notably 77% of advertisers, 70% of agencies and 60% of publishers predicted that outstream will become a more common part of the video mix.

To illustrate the impact, we have analysed quarterly industry and Teads data to provide insights into this ever-expanding sector of the video advertising industry. With 1593 campaigns delivered in Q1, this analysis looks at 12 countries, including: Argentina, France, Peru, Brazil, Germany, Spain, Chile, United States, Italy, UK, Colombia and Mexico.

This year at Cannes we will be debuting more ground-breaking research. Keep your eyes out for further updates. Compared to Q1 2014, outstream video advertising in Q1 2015 achieved a 73% spike in delivered completed views. In the same time, the number of completed views delivered on inRead® has increased by an incredible 454% – with the USA taking the top spot, closely followed by France.

Designed to engage, not enrage, outstream outperformed instream on click and share-through rates, as well as viewability.

The CPCV (Cost Per Completed View) model, results in free media time for the advertisers. Any advert which is not watched in full counts as complimentary brand exposure for. It’s calculated that complimentary media (using number of impressions)

is equivalent to 2.16X the number of views bought, as the graph above indicates.

The top industries using outstream were health and beauty, automotive and entertainment, while interestingly campaigns for restaurants, construction and

Find out more about Teads research and download the full outstream report here.