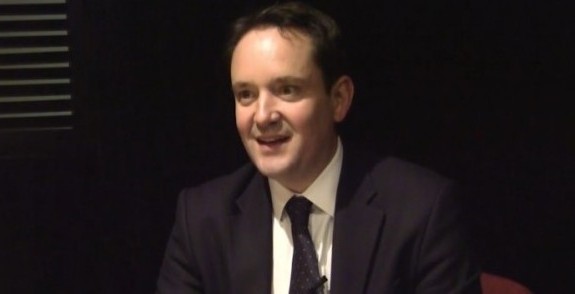 This week, the CDO World Tour heads to the UK, speaking with Anthony Simon, Head of Digital at 10 Downing Street. Simon manages the UK government’s communications as part of the wider Civil Service, overseeing practical and administrative activations.

As Bonin Bough described last week, digital transformation is heavily dependent upon changing company culture. Prior to Simon joining the Civil Service, smartphones were heavily restricted and computers were locked down with little access to social media. As he points out, however, ‘these are tools which can be equally if not more important for their work life as it is in their personal life.’ When planning communication strategies, Simon further emphasises that digital ‘should be the first place people are looking at, rather than the last place.’

As the UK government felt it was beneficial to maintain the integrity of the union, they felt it was their responsibility to educate the Scottish public on the benefits of remaining. As Simon points out, the UK government faced strong opposition, which was made apparent online as over 80% of online content was created by pro-independence supporters.

To inspire a sense of pro-union sentiment, the UK government produced an integrated digital campaign, whereby voters were directed to a microsite that acted as an information hub. 10 Downing Street then created a wealth of content on social media, which simplified the act of social sharing and engagement. To ensure that the proper Scottish audience was being reached, the government also went so far as to utilize Facebook targeting.

As for the skill he most wished he had, there was a quick answer – coding. A team without these skills, Simon emphasizes, cannot be considered ‘digital. At Teads, we couldn’t agree more – which explains why over a quarter of our employees now belong to our innovation and development team. Thinking digital is the heart of Teads.

We loved this interview with Anthony Simon, which has allowed us access to the inner workings of the UK government – an organisation which affects 64 million people in the UK and beyond. Follow him on Twitter @AnthonySimon, and tweet @Teads with the hashtag #CDOWorldTour to let us know what you think.