Mindshare Huddle | Why we laugh 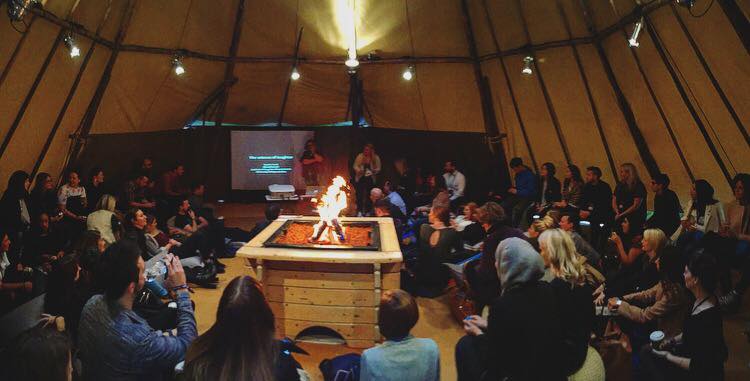 Like everyone, we look forward to Mindshare Huddle every year! In the past we’ve bought along Dynamo (before he went on Britain’s Got Talent may we point out) and Paralympian and TV Presenter, Ade Adepitan.

This year with the theme ‘For Good’ we invited Professor Sophie Scott. Neuroscientist, TED speaker and stand-up scientist, Sophie is the leading expert in understanding laughter. And so this morning, munching on a couple of Teads cupcakes we took over the tepee in the piazza and discovered ‘Why We Laugh’.

And here’s what we learnt:

“Laughter is the shortest distance between two people”

– Laughter is the only positive emotion that is recognised across the world. Cross cultural studies show that it is a universal concept. People in Nairobi were shown videos of Londoners experiencing different emotions and consistently correctly identified laughter and vice versa when Londoners were shown clips of them. Other emotions like triumph differ from culture to culture

– Chimpanzees cannot walk and ‘talk’. Unlike humans, who have totally nailed that

– When you start to laugh really hard, laughter completely overwhelms your motor system and you find yourself unable to talk or breathe. As Sophie put it – laughter is literally trying to kill you

– Rats laugh if you tickle them! Take a look at this clip.

– As do Gorillas, as this short video of Robin Williams and Koko (from 2 minutes)

– Human laughter is a social behaviour and is not something you do on your own. In one experiment, scientists measured that adults laugh 7 times per 10 mins of conversation. The stat which you may have seen on the internet ‘children laugh 300 times a day, adults just 20 times’. Complete rubbish. Adults just really underestimate how much time they spend laughing.

– Speaking of children, it’s been suggested that the default stage for them when they are young is ‘play’. Similar to dogs!

– Just like itching, coughing, sneezing and blinking, laughter is contagious.

– The person who laughs the most in a conversation is the person talking. You think you’re really funny, but it’s ok because everyone does too.

– Why do we cry when we laugh or when we’re angry? Sophie feels that it is a mark of intensity. Interestingly, tears are unique to humans alone.

– A longitudinal study conducted in the US asked couples to discuss some really awkward issues like ‘what do you find most annoying about your spouse’. They found that when both of them dealt with these situations with laughter, these were the most durable, long lasting couples.

We hope that attendees left the session feeling enlightened, intrigued and a bit more knowledgeable than when they entered the tepee!

There’s very little research on the effect of laughter and how it applies to advertising, however no doubt this has inspired a few to investigate further – and we look forward to seeing the insights.