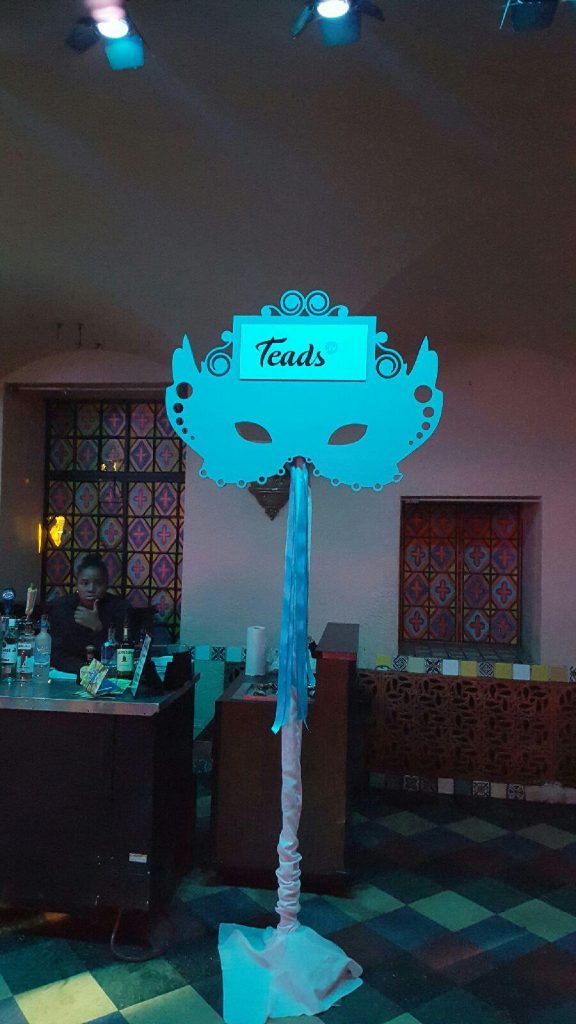 It’s undeniable that Advertising Week Europe brings an array of sunshine, rain, celebrities, thought leaders and, well, a lot of networking. With the likes of Mail Brands and Bing opening and closing the week with the events infamous parties, the week kicked off on a high as the British summer decided to make an appearance.

As with most media tech companies within our industry, the Teads team were out in the masses for the week-long event, engaging with the sessions taking place across Soho, Southwark and West London. From the leadership breakfast series to the unmissable celebrity stalking opportunities, this years’ event brought another jam-packed agenda.

If you missed any of the sessions (it was impossible not to) then you can catch up online. Find Teads’ ‘The Power of Native Video’ here.

It’s an event that caters for all and due to the sheer volume of panels, keynotes and roundtables, the Teads team decided to write a collaborative blog to keep each other up to date with the event’s highlights. So, take a look at Advertising Week 2016 through Teads eyes…

The session, hosted by The Sun’s Jamie East and News UK’s CCO Dominic Carter, covered some of the best virtual reality content produced to date, showing through video and imagery the sheer power of VR.

The session revealed that experts predict VR devices will grow from 2.5M this year to 24-30M over the next 2 years.

“The speakers touched on how VR has the potential to tell a full immersive story, bringing the user emotionally closer to the brand is most definitely appealing. However, the content and software needs to catch up with the “idea” first. It’s certainly food for thought” contributed Nick Takashima, Head of Tech Partnership Development

The main obstacles discussed touched on how we bring VR to a mainstream environment; 360 video takes eight cameras and multiple animators to patch it together (the technology is quickly evolving though). Yet with 360 video comes heavy data use and VR sickness (motion sickness), so the issues that lie ahead are still prevalent and currently, there is no viable solution that is 100% airtight for the masses.

It’s all about about being in the moment. Nick Bell, VP of Content at Snapchat and Alex Jenkins, UK Editor of Contagious took the stage to discuss content creation and the ever evolving industry.

“This session was really interesting, especially as it resonates so much with what we do at Teads. By 2020 Gen Z will account for 40% of all consumers – this will certainly affect the ways brands tell stories through their ad campaigns” says Desiree Nicholson, Video Campaign Manager

Social is still seeing growth, and brands have to adapt their content to stay relevant, new and exciting. The sheer speed of new formats emerging such as vertical, and the need for interactivity is paving the way to the new video ecosystem.

Snapchat revealed some research insights, stating that 50% of users have a negative view of the brand when they are forced to watch an ad. Much like the Teads Ad Blocking findings, brands need to start listening to the consumer and fit their ads to the device in which the campaign is running.

“I found this session quite insightful. On average Snapchat users spend 30mins a day on the app. This surprised me as its not a dominant part of my social life, but as Desiree mentioned above, Gen X is transforming the landscape” Thomas Bowen, Senior International Sales Manager

Tuesday 19th played host to a Programmatic Futures debate, which is always a hot topic. The session invited the Commercial Director of Time Inc Dominic Perkins, Ruth Zoher Head of Programmatic at Mindshare and Mari Novak CMO at Rubicon.

Programmatic has changed so much from the days of RTB; we’re no longer unsure of its capabilities and we’re seeing more and more premium inventory flow through the programmatic pipes.

“While interesting, I would’ve liked to hear some more forward insights into where they see programmatic heading. Instead the discussion focused on the lack of trust in this area. It would have been interesting to hear how clients are taking back control, immersing themselves more into this area. The one thing I did take from the session was how content creators have to be more involved with the agency and client. Technology can enhance the whole ecosystem. The future is trust but its also collaboration. Programmatic is the machine, we are the creators” – – Andrew Kyriacou, Sales Director

Creativity and the brain

What makes a video ad memorable? Why do we remember some ads and not others?

According to the research presented by Heather Andrew, founder and CEO of Neuro-Insight, there are five important principles – or “Creative drivers of effectiveness” – that are most strongly linked to long-term memory encoding:

1) It’s not about shouting the loudest

2) It’s all about classic story-telling techniques

5) Branding’s in the timing

“One of the highlights for me in this session was the first principle described by Heather: It’s not about shouting the loudest. It’s better to showcase the features of a product rather that trying hard to sell it. Heather presented a video ad where the long lasting qualities of the phone’s battery compared to the iPhone were portrayed in the story, rather than just stated. Stories are what makes an ad effective and memorable.” – Sara Di Pietrantonio, Senior Video Campaign Manager

Much of the discussion touched on storytelling, which seemed to be a key trend during this years’ event. The industry is having to think creatively. Breaks, pauses and contrasts (in the pace of the story or in the sound) can also play a powerful role in driving a memory response. See the full research available here

Storytelling in the digital age

Where is the line between content and storytelling? Should all brands create stories or should some refrain from doing so? This session continued the ‘storytelling’ theme, and looked into surrounding factors such as ROI.
It’s pretty clear that mobile is taking the lead in driving brand and publisher strategies towards a mobile-first ecosystem. There is a complacency in the industry stating how brands create video, and users watch it on mobile. But video needs to be created for mobile, first and foremost.

“We talk about 30-second ads – but all we have in the end is a 5-second attention span. Why does it need to be a repurposed TV creative? We live on and through mobile: the way we engage with content evolves constantly. Our analysis and discussions in the industry clearly shows that advertisers need to start thinking cross-screen but also thinking non-linear, interactive and playful. Brands need to add depth to their ads by crafting content for different levels, allowing users to be part of the story.” Charlotte Diemer, Director of Content / Insights

Finally our journey ended with the Teads hosted panel, The Power of Native Video where Managing Director UK Justin Taylor invited a host of industry experts to the stage.

Nigel Gilbert, AppNexus; Jeff Moriaty, Johnston Press; Celine Saturino, Total Media; Jayne Knobbs, Lenovo and Jamie Toward, Karmarama kicked off discussions around the sheer growth of outstream, an accepted format by the IAB which announced that it took a 21% share of the UK video ad spend earlier this month. Despite its growth, Jayne stressed that brands still need to be educated around what native video is, and how they can leverage its power to engage its target audience.

Native video lends itself to scaling across multiple markets, and with the increasing popularity of silent video content, a brand can truly deliver its message through a universal communication. Jeff extended this point, from a publisher and frequent engager perspective, he stressed his passion for a personalised captioning experience. The technology currently exists for a video creative to direct its message directly to you the user. What greater way to persoanlise an experience and gain better brand recall?

The group discussed concerns over placements, and the trust in where your native video ad should be placed. How should it compliment the other ads on the page? Can we truly trust the technology to smartly position our native ads? As consumers in our own right we need to keep the user experience at the fore front of our minds.

Jamie injected some creative suggestions, encouraging brands to shoot in every format to ensure you are maximizing every screen for your campaign. Square and vertical are emerging formats that brands and publishers alike need to cater for. Creative agencies such as Karmarama are now filming trailers and teasers, as well as long form content so that a holistic story is told for every single device.

Celine and Jayne agreed that through the power of data and insights, their businesses have flipped to a mobile first thinking platform, listening to the consumer and how they are interacting with media through their native moments.

“The first five seconds are the most impactful, which is transforming the way creative teams need to think. The panel agreed that our approach to design, creating and delivering is shifting due to consumer behaviour. This is great as it brings creativity and data deeply into the mix” – Elle Panes, Marketing Executive

The panel concluded with Nigel stating desktop is still alive and thriving – yes we need to wear our mobile hats and think through a mobile lens, however we can’t forget desktop. Understanding what each screen is used for and how interaction differs will pave the way for a strong cross-screen future.

“I thoroughly enjoyed moderating our panel yesterday. The discussions truly inspired the audience about just how powerful native video can be, and excited me about the prospect of it’s future. It was great to hear that from all sides of the ecosystem how native video is changing the way the industry is thinking about experience, design and delivery. We all know that when advertising is used inappropriately, it can be intrusive and disruptive. What was clear from the panel was how native video provides a way around this, providing choice to the user and impacts for brands. It was a real pleasure ending a truly great week with these panelists.” Justin Taylor, Managing Director