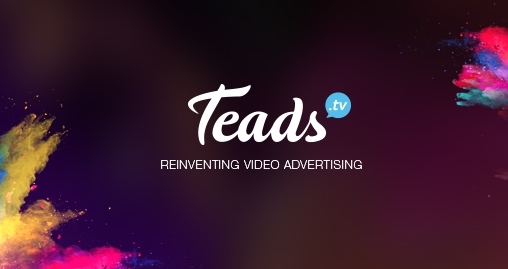 Teads increases financing by $30M reinforcing its position as leader of the Premium Video Advertising Market.

London, 13.01.15 – Teads, the leading global video advertising platform, today announced a new financing operation of $30 million (£20 million), 50% ($15 million) was raised from an increase in capital, while the other 50% takes the form of a mid-term line of credit. The increase in capital is supported by existing investors Gimv, Partech and Elaia as well as BPI. The syndicated banks which supply the additional credit include Bank of China, HSBC, BNPP and BPI.

‘This new investment will allow us to speed up the company’s growth on a global scale’ explains Teads Executive Chairman Pierre Chappaz. He adds ‘the investment will focus on technology innovation, the United States market as well as new markets including Brazil, Russia, South Korea and Japan’.

Teads’ advertising formats appear within editorial content, rather than video. These formats are the solution for brands looking for high quality environments in which to distribute their video advertising campaigns. Many luxury brands including Cartier, Breitling, Gucci, Piaget, and Jaeger Lecoultre form Teads’ client base, as well as a variety of household names such as Volkswagen, Peugeot, Renault, Hyundai, Kia, Heineken, Nestlé, Microsoft and Samsung.

Strong growth within the video advertising market* means demand from advertisers for premium inventory is rising, and Teads is developing its business according to these industry requirements.

Bertrand Quesada, CEO, based in New York, explains ‘Teads’ mission is to reinvent online video advertising. Our technology is changing the game, allowing premium publishers to distribute our advertising formats within their editorial content and create massive video inventory which just didn’t exist before. We are the only player in the industry able to scale video campaigns globally within a high quality environment’.

Teads brings a new solution to the viewability debate which has increasingly become a concern in the advertising industry. The video only plays when it is visible to the user, a concept called ‘view-to-play’ (click here for a demo) which allows Teads to guarantee that the video advert served is viewable by users on screen.

Moreover, the Teads video advertising formats respect the user experience, never forcing users to watch a video advert ‘This is a key feature of our business strategy. Because our formats are non-intrusive, better relations can develop between the advertiser, publisher and user, meaning that our partners’ interests are sustainable long-term.’ comments Loïc Soubeyrand, Co-founder and Chief Strategy Officer.

Teads, founded in 2011, develops software for online video advertising. The company offers the world’s leading publishers and brands an innovative video SSP (Supply Side Platform) which publishers use to create brand new video advertising inventory and drive incremental revenues, either through their own sales teams or with help from Teads.

Brands can access this inventory, on desktop and mobile, through their media agencies and trading desks to manage campaigns locally or on a global scale.

*Video advertising is the fastest growing sector of the advertising industry. The total spent should rise to $11.4 billion in 2016 (source : Magnaglobal)