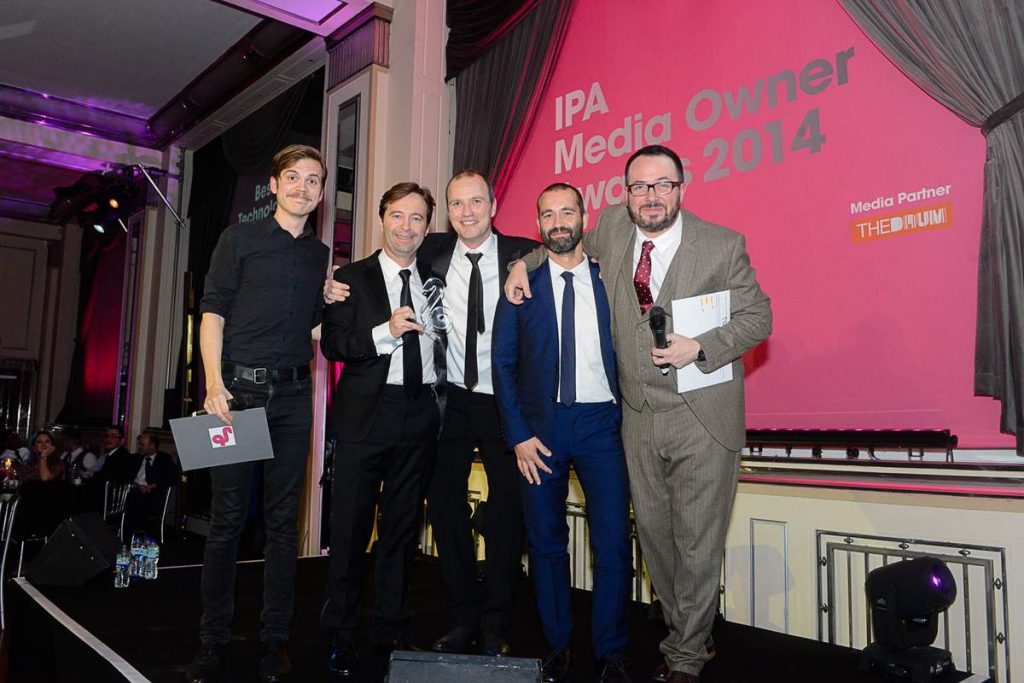 Last night (24th November) we were delighted to be announced as the winners of Best Technology at the IPA Media Owner Awards for our inRead™ format. We had stiff competition and couldn’t be happier with this acknowledgement which recognises the innovative qualities offered by inRead™ and how it solves many of the issues that advertisers, brands and publishers have long been concerned with.

The IPA Media Owner Awards were launched in April 2011 to showcase the best practice that online media owners can provide to agencies. We submitted our entry in June, and were then shortlisted and judged by media world experts, led by Pete Robins who chairs the IPA Digital Media Group. The Best Technology Award specifically recognises the most innovative and/or effective online advertising technology from Media Owners introduced between June 2013 and June 2014.

inRead™ is the first video advertising format which is viewable by design, created to open up premium inventory for advertisers and allow publishers to earn incremental revenues. It represents a complete break away from traditional video advertising as it places video advertising within content, sitting outside of the video player. inRead™ only plays when the unit is visible on the screen and pauses when less than 50% is in view. Advertisers pay for this on a cost per view basis, so any views which are skipped or not completed are not charged. It is skippable from the first second so only attracts engaged views, all of which addresses the issue of viewability which is a prominent concern in video advertising. To date inRead™ has been implemented by the world’s leading publishers including Forbes, The Financial Times, The Guardian and The Telegraph and brands including Evian, Gucci, Bentley and Nivea have used it to distribute their video advertising.

Although we have always believed in the effectiveness and performance of our technology, we are extremely proud to have received this award from experts in the field, which showcases industry best practice and we are excited to see what 2015 will have in store for Teads.