Save The Children Master Viral Creative 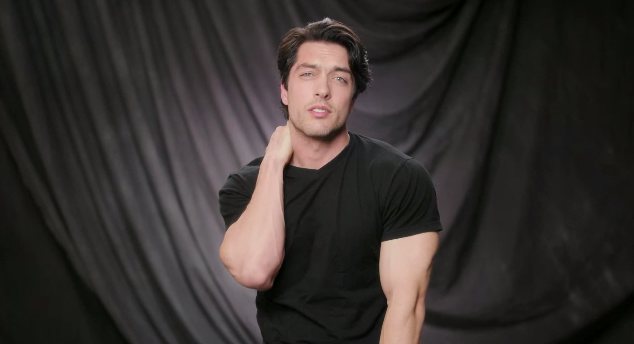 Save The Children’s marketing team deserves a round of applause. They have produced back-to-back video campaigns that have achieved viral status, sharing their message over 30 million times so far.

Following their incredible success with The Most Shocking Second A Day, which topped March’s Video Buzz Chart, Save The Children have released a new video, titled The Most Important ‘Sexy’ Model Video Ever. The video was viewed 1.9 million times within its first six days of publication and has generated over 27,000 Facebook interactions. Using the 10 Commandments of Video Advertising we have taken a look at why their latest video has been so successful.

In case you haven’t seen it already, here’s the video.

Kick Off With A Bang

The advert grabs users’ attention quickly, it just doesn’t look like a typical charity video, there are no images of war-torn countries or under-fed children with haunted eyes. Instead the music is energetic and we’re placed in the heart of a busy, glamorous studio. The director describes the shoot as being for a ‘very sexy brand’ it’s ‘visceral, intimate’ and ‘selling sexy’. None of the traits of a traditional charity video.

When the true reason behind the video is revealed with the cue card ‘Almost 800 mothers and 18,000 children die every day due to preventable causes’ it is highly surprising, particularly due to the ‘sexy’ tone the actors have been using up to this point. While it borders on shocking it remains on the right side of taste, making the viewer feel uncomfortable without pushing them to switch off. The viewer follows the video at the same time as the models, experiencing their feelings of surprise, discomfort and eventual understanding. The wording becomes increasingly more emotive, particularly due to their tone, and encourages the viewer to watch until the end.

Despite the importance of these messages, they are shown so often that viewers can become ‘immune’. By telling the story from a completely new angle, and twisting the concept ‘sex sells’, the video becomes far more compelling and guarantees our full attention. By telling the story in a radically different, challenging way the video is able to remind us of the importance of their message, even through it may not be the sexiest of content.

Save The Children have produced some great content this year, we’re looking forward to seeing their next campaign.